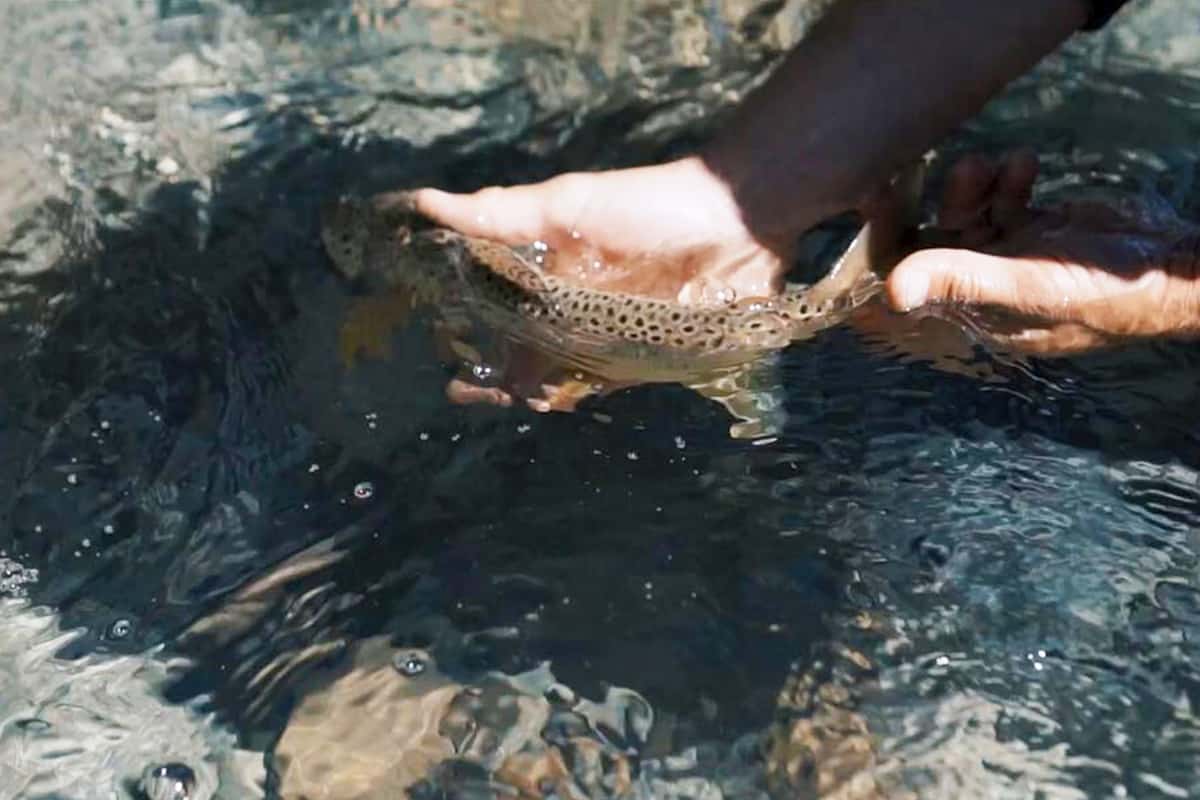 Recreational fishermen are focused on conservation and respecting the species they catch, in order to cause as little harm as possible when returning them to the rivers and lakes. However, certain techniques, tricks and recommendations are required to achieve sustainable fishing.

Here we offer some tips to minimize harm to the fish while fishing:

Note: Ideally hold the fish as little as possible, but if you must touch it, make sure your hands are wet, or the fish’s scales and protective layer could stick to your hands, making the fish less equipped to survive in the water.

Note: Avoid holding the fish by the jaw, or it will flop in the air and try to return to the water, which will make it hard to grab it again. Also consider placing the fish in a rubber fishing net because it not only retains a little bit of water, it prevents damage to our catch, and avoids problems with the hooks. It is less probable that the fish will flop around if it can lie in a little bit of water. It may be easier to take out the hook, if the fish is relatively calm and you do not have to hold it in the air.

Note: According to Sernapesca regulations in Chile, it is absolutely forbidden to use triple (three-point) hooks due to the probability that these hooks can get embedded in a vein and kill the fish.

Note: Take your time when removing the hook, because it is important to not cause deeper lacerations to the fish and cause it to bleed in the water.

Note: Use the forceps to bend the hook and remove it from the point of entry. If you straighten the hook, it may be easier to pull it out without harming the fish. You can also use pliers to flatten the barb on your hook. This will make it easier to unhook.

Once we have decided to catch and release, we put the fish back in the water… but how?

The recommendation is to release the fish where you caught it or in a safe area where it can quickly get its bearings back on its own. It is also important to give it time to swim away before casting your line again.

Never throw the fish back in the water, but try to slide it in so it does not die from shock or impact. Try to always hold the fish firmly with two hands and carry it as close as possible to the edge of the water before letting it go.

Each country, city and region has its own fishing regulations. Therefore, we recommend that you research ahead of time and respect the limits established by the Fishing Department in each country to avoid destabilizing the ecosystem and ruining the area for future fishermen.